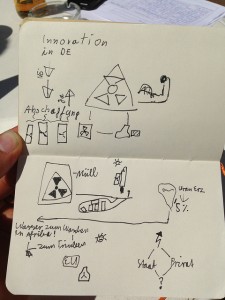 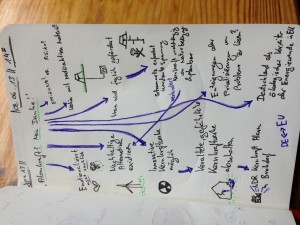 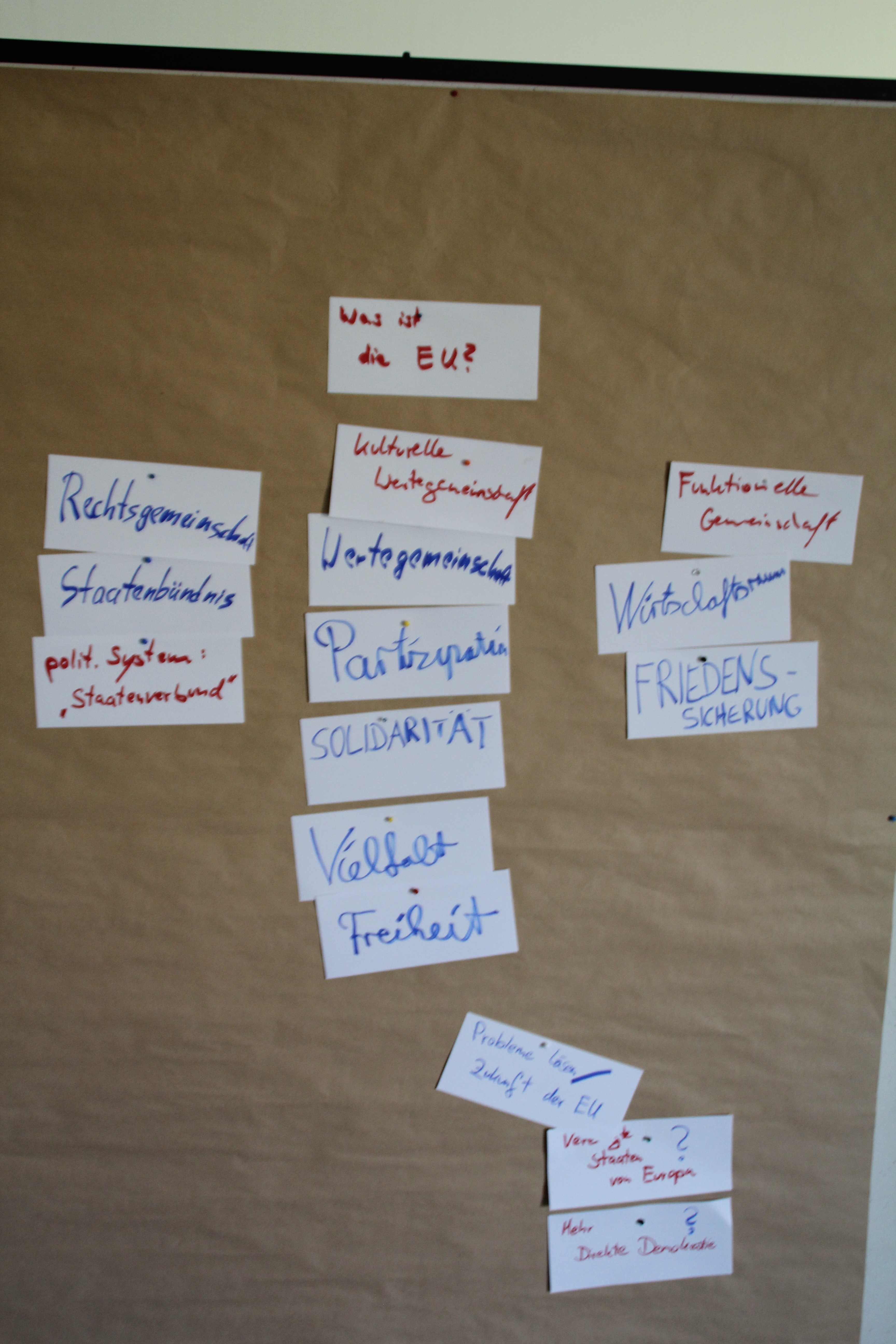 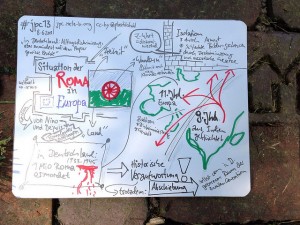 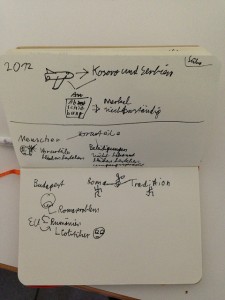 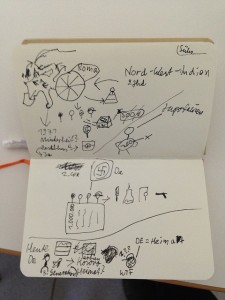 Based on the public debate about military and non-military use of autonomous drones, the participants at #jpc13 discussed about chances and risks of drones. We talked about the non-military part.

Main points of the discussion where the question of responsibility. Who is responsible if a drone fails, if it crashes, if it even hurts or kills humans? Is it the programmer? Is it the owner? Is it nobody?

Another part was about “What if drones do jobs and make people unemployed?”. Some of the participants had worries about how people could live happy without having a job to do, some liked the idea to automate work.

The topic was discussed very controversial. The last question was about if drones should be prohibited for civilians. Roughly 1/3 of the participants was in favor of that, 1/3 against and 1/3 had no opinion.

END_OF_DOCUMENT_TOKEN_TO_BE_REPLACED

In short, sketchnoting] is purposeful doodling while listening to something interesting. Sketchnotes dont require high drawing skills, but do require a skill to synthesize and summarize. [Sketchnote Army